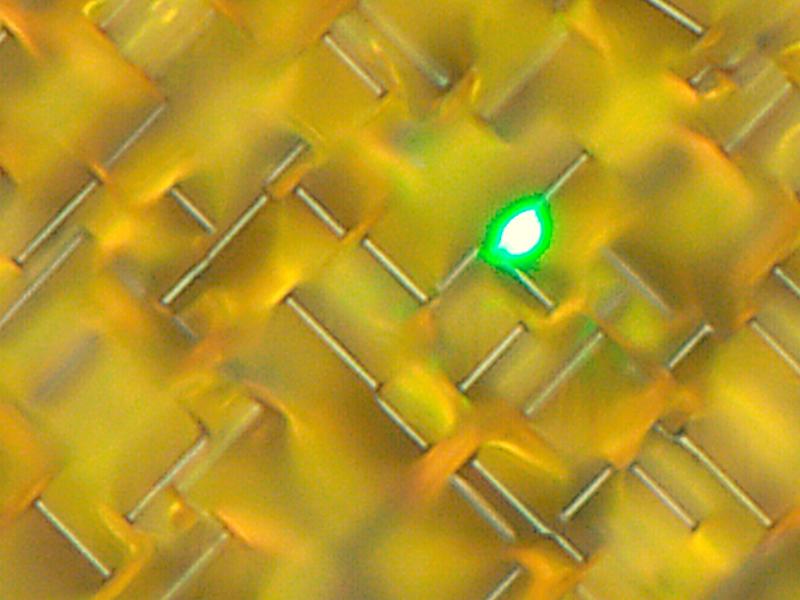 A promising semiconductor material could be improved if flaws previously thought irrelevant to performance are reduced, according to research published today in Nature Communications. A group of researchers at Rensselaer Polytechnic Institute and other universities has shown that a specific defect impacts the ability of halide perovskite to hold energy derived from light in the form of electrons.

“Defects could be good or bad in semiconductors,” said Jian Shi, associate professor of materials science engineering. “For some reason, people did not pay attention to dislocations in halide perovskite, but we have shown that this defect is a problem in halide perovskite.”

Research on halide perovskite has rapidly improved the efficiency of the material from about a 3% conversion of light to electrical energy to 25% — equivalent to state-of-the-art silicon solar cells — over the course of a decade. Researchers wrestled with silicon for decades to reach that material’s current level of efficiency.

Halide perovskite also has promising carrier dynamics, which are roughly defined as the length of time that light energy absorbed by the material is retained in the form of an excited electron. To make a good prospect for solar energy conversion, electrons in the material must retain their energy long enough to be harvested by an electrode attached to the material, thus completing the conversion of light to electrical energy.

The material had long been considered “defect tolerant,” meaning flaws like missing atoms, shoddy bonds across grains of the crystal, and a mismatch known as crystallographic dislocation were not believed to have much impact on efficiency. More recent research has questioned that assumption and found that some defects do affect aspects of the crystal’s performance.

The results show that dislocations negatively impact the carrier dynamics of halide perovskite. Reducing dislocation densities by more than one order of magnitude is found to lead to an increase of electron lifetime by four times.

“A conclusion is that halide perovskite has a similar dislocation effect as conventional semiconductors,” Shi said.  “We need to be careful of dislocations in halide perovskite, which is a factor people have been ignoring as they work on this material.”

Shi’s last significant work on halide perovskite revealed the role of pressure on this semiconductor’s optical properties published in Science Advances in 2018.

The research was partially supported by the National Science Foundation and the Air Force Office of Scientific Research. “Carrier lifetime enhancement in halide perovskite via remote epitaxy” was published September 12 in Nature Communications.