Glasses, as a disordered and non-equilibrium material system, do not have well-defined topological defects such as dislocations and grain boundaries.  For this reason glasses have many promising physical, chemical and mechanical properties in comparison to their crystalline counterparts, making them attractive for a wide range of applications. However, also due to the lack of order and disappearance of lattice periodicity, building a valid structures-properties relationship in glasses has been a longstanding challenge. In this talk I will show that there exists a hidden order in disordered glassy materials, and such order can be revealed from the potential energy landscape (PEL) of the system. It is demonstrated that macroscopic deformation mechanisms (localized vs cascade) depend on the density of local minima of the materials underlying PEL: higher density would enable more efficient energy dissipation and yield better ductility. I will also show that the competitions between the elementary activations and relaxations on PEL determine many critical phenomena in disordered materials, such as aging/rejuvenating crossover, thermo-mechanical hysteresis, etc. The PEL perspective allows us to develop a self-consistent equation to describe the time evolution of the disorder materials under complex surrounding environments. The implications of these examples, as well as the broad impacts on other important problems, will also be discussed. 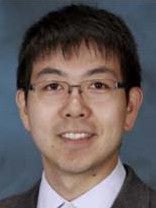