Low-temperature carburization is a gaseous carburization process performed at atmospheric pressure, at temperatures where the kinetics of substitutional diffusion are very slow. Low-temperature carburization hardens the surface of austenitic stainless steels through the diffusion of interstitial carbon, without the formation of carbides. The surface must be activated, by modification and removal of the naturally occurring chromia layer, for the process to work. The process results in a hardened diffusional case on the surface, typically 20 to 35 µm thick, with carbon content at the surface in excess of 10 at.%. The process is conformal and can be applied to finished components without change in dimension. Property enhancements include the following:

This combination of increased surface hardness, compressive surface stress, and retained ductility leads to improved performance in applications demanding resistance to wear, erosion and fatigue. Additionally, corrosion resistance to a variety of chloride-containing media has also shown dramatic improvement, due to carbon-enhanced passivity of the resulting surface. Because parts are treated at low temperature, they do not distort or change dimensions. In addition to austenitic stainless steels, research efforts have extended the technology to other industrially important alloys, such as precipitation-hardening stainless steels, duplex alloys, nickel-based alloys, and cobalt-based alloys. This talk will describe the technology, and will discuss research findings from a U.S. Department of Energy project that quantified the performance improvements for treated materials. Recent advances in the technology will also be reviewed. 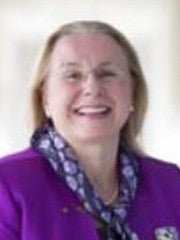 Dr. Sunniva Collins joined the faculty of the Case School of Engineering at Case Western Reserve University in March 2013, where she teaches Materials, Design, and Manufacturing courses in the Department of Mechanical and Aerospace Engineering. Prior to CWRU, Collins was employed by Swagelok Company for 18 years. She joined Swagelok as a research metallurgist and served in several engineering management positions. As senior research fellow at Swagelok Company, Collins coordinated the company’s academic and governmental research partnerships.  Collins received her doctorate and master’s degree in materials science and engineering from Case Western Reserve University and her bachelor’s degree from the University of Michigan. From 2003 to 2006, she was Swagelok’s Principal Investigator on a DoE-funded project to evaluate surface hardening of austenitic stainless steels by low temperature carburization. The results of this research have been recognized with the 2006 ASM Engineered Materials Achievement Award, and a 2008 R&D 100 Award. She was also PI for Swagelok on an Ohio Department of Development commercialization project from 2008 to 2012; and on a DARPA project led by the NRL from 2008 to 2010.  Collins is a Fellow of ASM International (FASM) and served on the ASM Board of Trustees from 2008 to 2011 and 2013 to 2016. She was President of ASM International in 2014-2015. Collins is a Fellow of Alpha Sigma Mu, the national honor society for materials scientists. She is the 2014 recipient of the Cleveland Technical Societies (CTSC) Technical Educator Award, and the 2019 Albert Sauveur Award from the ASM Philadelphia Chapter. She is an inventor on four U.S. patents.