2D material-based devices have received a great deal of attention as they can be easily stacked to obtain multifunctionality. With their ultrathin thicknesses, such multifunctioning devices become so flexible and conformal that they can be placed onto any 3D featured surfaces. However, 2D heterostructures are typically demonstrated as stacked flakes where single or few devices can be fabricated due to lack of strategies for layer-by-layer stacking of 2D materials at the wafer scale. In this talk, I will discuss our unique strategy to isolate wafer-scale 2D materials into monolayers and stack them into a heterostructures by using a layer-resolved splitting (LRS) technique. This technique enables my group at MIT to explore unprecedented wafer-scale 2D heterodevices including integrated photonics, 3D neuromorphic computing, and microLEDs, which will be introduced in my talk. While 2D heterostructures promise interesting futuristic devices, the performance of 2D material-based devices is substantially inferior to that of conventional 3D semiconductor materials. However, 3D materials exist as their bulk form, thus it is challenging to stack them together for heterostructures. Obviously, conformal coating of such single-crystalline bulks on 3D features is impossible. My group at MIT has recently invented a 2D materials-based layer transfer (2DLT) technique that can produce single-crystalline freestanding membranes from any compound materials with their excellent semiconducting performance. This technique is based on remote epitaxy of single-crystalline films on graphene followed by peeling from graphene. Stacking of freestanding 3D material membranes will enable unprecedented 3D heterostructures whose performance is expected to be superior to that of 2D heterostructures. I will talk about our group’s effort to apply single-crystalline freestanding membranes for flexible, conformal electronics as well as for 3D heterostructures. Finally, I will conclude my talk by discussing perspectives of coupling 2D-3D freestanding membranes for 2D-3D mixed heterostructured devices that can be enabled by our LRS and 2DLT techniques. 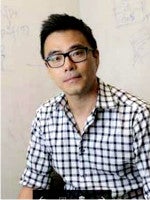 Professor Jeehwan Kim is an Associate Professor of Massachusetts Institute of Technology in the Mechanical Engineering and Materials Science and Engineering. He is a Principal Investigator in Research Laboratory of Electronics at MIT. Prof. Kim's group focuses on innovation in nanotechnology for next generation computing and electronics. Before joining MIT in 2015, he was a Research Staff Member at IBM T.J. Watson Research Center in Yorktown Heights, NY since 2008. Many of his patents have been licensed for commercialization. Prof. Kim is a recipient of 20 IBM high value invention achievement awards. In 2012, he was appointed a “Master Inventor” of IBM in recognition of his active intellectual property generation and commercialization of his research. He is an inventor of 200 issued/pending US patents and an author of 40 articles in journals including multiple Science, Nature, and Nature Materials. He received his B.S. from Hongik University, his M.S. from Seoul National University, and his Ph.D. from UCLA in 2008, all of them in Materials Science.