Plasmonic nanoparticles are particularly interesting as they are strongly absorbing in the near infrared (NIR) regime and their associated temperature increase is sensitively dependent on the shape and composition of the structure and on the wavelength of light. Therefore, much effort is put into synthesizing novel nanostructures for optimized interaction with incident light in the NIR regime which has a relatively long penetration depth into biological tissue. Successful synthesis and characterization of high quality and biocompatible plasmonic colloidal nanoparticles have fostered numerous and expanding applications, especially in biomedical contexts, where such particles are highly promising for general drug delivery and for tomorrow’s cancer treatment. We demonstrate how to perform laser-controlled heating of plasmonic nanoparticles and discuss how the temperature increase can be measured and how it relates to the structure and composition of the nanoparticle. Such laser controlled heating of plasmonic nanoparticles has potential for laser-induced targeted drug delivery and for treating cancer. It is, however, challenging to identify the right nanoparticle for biomedical applications; it should optimally should be non-toxic, strongly absorbing in the NIR, available in a high and biocompatible quality, and potentially it should deliverable at a particular target. To this end, we benchmark the therapeutic effect of different nanoparticles and explore the effect of coating the particles with biological membranes. 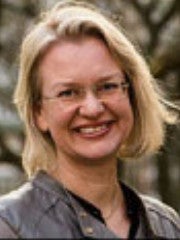 Dr. L. Oddershede is a full Professor of physics at the Niels Bohr Institute (NBI), University of Copenhagen. In 1998 she received the PhD degree in physics from University of Southern Denmark and constructed the optical tweezers laboratory at the Niels Bohr Institute (NBI). In 2003 she was tenured and became group leader. In 2015 she became a full Professor and center leader for StemPhys, a Danish National Research Foundation Center of Excellence, as well as PI of a Novo Nordisk Foundation synergy center. In 2019 she was recruited by the Novo Nordisk Foundation as Head of Natural and Technical Sciences with the purpose of formulating and executing the strategy in the area of natural and technical sciences with a focus on interdisciplinarity. She is a member of the Danish Royal Academy of Sciences and Letters and of the Danish Academy for Technical Sciences. She has received several awards, e.g., the Danish Optical Society Young Investigator Award, the CeNS publication award, the silver medal from the Royal Danish Academy of Sciences and Letters, and the Elite Research Prize (largest Danish public research prize). The key expertise of L. Oddershede is at the vibrant interface between physics, biology, and medicine where she has experience in establishing and leading major interdisciplinary research collaborations. She is a pioneer in exploring and understanding the interaction between nanoparticles, light and living matter and has invented a novel cancer therapy based on plasmonic nanoparticles.